REFLECTION FOR FRIDAY OF THE FIFTH WEEK OF LENT 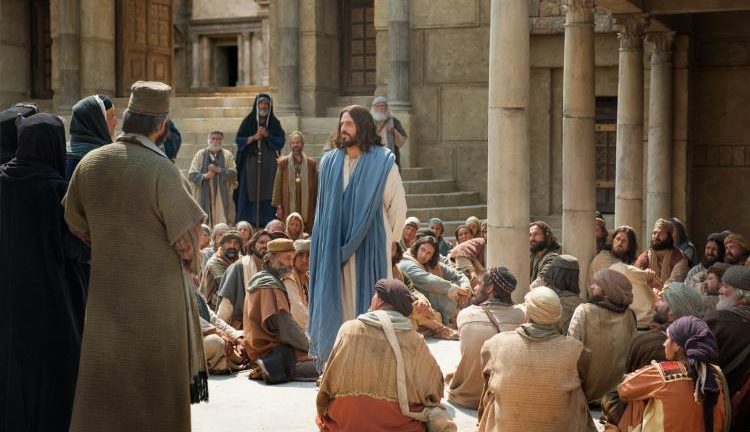 Just a couple of days ago, we heard the news of the redeployment of the Theatre Commander of Operation Lafiya Dole, Major General Olusegun Adeniyi to an army research institute. Inasmuch as the Director of Army Public Relations, Sagir Musa said in a statement that the move was approved by the Chief of Army Staff, Tukur Buratai as “a routine/normal exercise for greater professional effectiveness and efficiency,” many Nigerians received the news with mixed reactions. A majority owed it that Gen. Adeniyi’s redeployment may not be unconnected to a viral video where he was pleading with the government and the Chief of Army Staff to provide weapons for the soldiers in war front to do their jobs. Recall that Femi Fani-Kayode, former Aviation Minister had alleged that Adeniyi was relieved of his duties because, he asked for better welfare, weapons and conditions for troops fighting Boko Haram. Nevertheless, the Nigerian Army had dismissed such claim, stressing that Adeniyi was redeployed as part of its routine aimed at ensuring a better prosecution of the anti-terrorism war. But then, could this clarification by the Nigerian Army be really trusted in a country like Nigeria, where corruption is celebrated in broad daylight and is the order of the day? Time will tell. If Gen. Adeniyi’s redeployment was really as a result of the appeal he made to the government in that viral video on the necessity of weapons for the soldiers in war front to do their jobs, then there is indeed a colossal problem in the country. It illustrates how good men who try to get rid of corruption in the system by speaking and standing by the truth are oppressed and persecuted.

The age-long fact remains that many a time if you speak the truth, you tend to stand alone, it makes one appear rejected. The reality of our world shows that many people are afraid of speaking the truth, and of course, listening to the truth because, speaking the truth often goes with a consequence; it costs a lot, even one’s very life. According to St. Augustine: “People hate the truth for what it stands for; they love the truth when it shines warmly on them, and hate it when it rebukes them”. In spite of this, the truth remains “golden”, little wonder Christ says: “I am the Way, the Truth, and the Life” (Jn. 14:6). This explains why he was rejected and persecuted by his people who did not like the truth, as we see in today’s Readings.

In the First Reading (cf. Jer. 20:10-13), we see Jeremiah attacked and denounced on all sides by his own people on the account of the truth which he prophesied. We hear him say, “Terror on every side” in relation to the plots of his opponents: “Let us denounce him!” Even his friends abandoned him: “All those who used to be my friends watched for my downfall.” Nevertheless, Jeremiah placed his trust in the Lord, with the confidence that those who plot evil against him will not prevail, and above all, that truth and justice will prevail no matter how people try to suppress it. Similarly, in the Gospel Reading (cf. John 10:31-42), Jesus faced hostility and persecution from the Jews just because he told them the truth of his oneness and equality with God the Father: “The Father and I are One” (cf. Jn. 10:30); “The Father is in me and I am in the Father” (Jn. 10:38). They charged Jesus of blasphemy, claiming equality with the Father. Indeed, this truth was a bitter pill for them to swallow.

Dear friends in Christ, as we approach the zenith of Lent (Holy Week), may the Holy Spirit strengthen us in our missionary efforts in making the world recognize and believe in the truth of the divinity of Jesus Christ and the salvation he offers. Above all, may we never lose trust and confidence in God when persecuted for saying and standing by the truth; and may our prayers be like today’s Psalmist [cf. Psalm 17(18):2-7]: “In my anguish I called to the Lord, and he heard my voice…”