DIFFERENCES BETWEEN THE SOUL AND THE SPIRIT 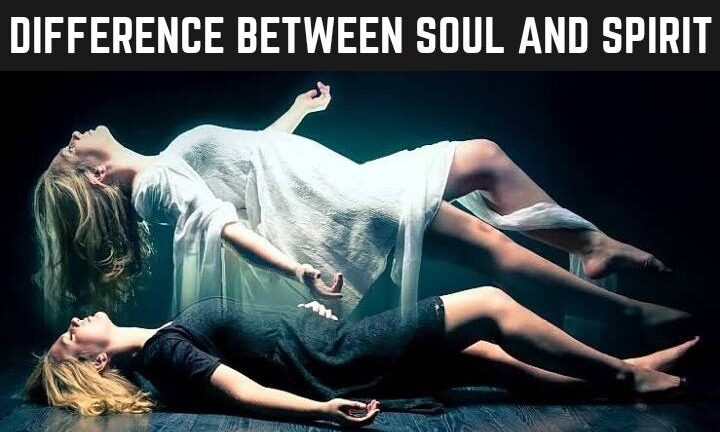 Have you ever at a point in life thought about the difference between your soul and spirit, or you just believe that they are just the same thing? A Facebook friend threw this question at me and asked that my response be published. Therefore, dear friends, today we shall delve into an ontological aspect of our being and seek a better understanding through Hebrew and Greek origins, the Word of God and the Living and Teaching office and authority of the Church – magisterium. It is pertinent to note that the Greeks and Hebrews distinguish between soul and spirit by different words respectively.

SOUL
In Greek, the soul is known as “psyche” (ψυχή), which has a lot to do with our cognitive aspect (the mind) – remember, the word “psychology” was coined from this view. In the Greek parlance, it is understood as that invisible aspect (mental capacity) of man known to influence him and remains immortal after the death of the body, and sometimes, the soul is believed to reincarnate, or transmigrate (in which the soul passes from one body) into another body – human, animals or plant, when the bearer dies. Little wonder in Greek philosophy, the doctrine of transmigration of souls was taught by Pythagoras. (How many of us still remember Pythagoras’ theorem in Mathematics, taught at secondary schools? He was the first to prove that theory in mathematics and also taught about the transmigration of souls in philosophy). As a follow-up, the Hebrews, coming in contact with the Hellenistic (Greek) world during the exile translated the “soul” as nephesh “נֶ֫פֶשׁ”. Therefore, this Hebrew word traditionally translated “soul” (nephesh) biblically refers to a living, breathing conscious body.

In Judeo-Christianity, only human beings have immortal souls (although immortality is disputed within Judaism – with regards to the group of the Pharisees and the Sadducees). However, in Christianity, we believe that the human soul remains immortal even after the death of the body. For example, the Catholic theologian, also known as the angelic doctor, Thomas Aquinas attributed “soul” (anima in Latin) to all organisms (plants and animals) but argued that only human souls are immortal. From the existing backdrop, we can define the soul as the spiritual nature of humans, regarded as immortal, separable from the body at death, and capable of experiencing happiness and peace or misery and pain in the afterlife.

SPIRIT
The Greeks also designate another word for spirit, which is known as Pneuma (πνεῦμα). Pneuma is an ancient Greek word for “breath”, and in a religious context for “spirit”. It has various technical meanings for philosophers of classical antiquity and is also used in Greek translations of “ruach” רוח (the Hebrew word for Spirit as seen in the Hebrew version of the Scriptures).
Pneuma, that is, “air in motion, breath, wind,” is equivalent to the material monism of the ancient philosopher, Anaximenes to (ἀήρ, “air”) as the primordial element from which every other thing originated. For Anaximenes, both terms (soul and spirit) are strongly related; as such, he stated that just as our soul (psyche/nephesh), being air (pneuma/ruach), holds our body, so do breath (pneuma/ruach) encompass the whole world; for him, the material world is suspended on air – which is spirit.
Having considered both concepts from their Hebrew/Greek etymological derivatives, we shall now look at the Scriptures and consider how they can be applied to the human person, thus delineating their differences and complementarity.

SCRIPTURAL VIEW
The Scripture tends to distinguish between the soul and spirit. Saint Paul was noted to have written: “May the God of peace himself make you perfectly holy and may you entirely, SPIRIT, SOUL, and body, be preserved blameless for the coming of our Lord Jesus Christ” (1 Thes. 5:23). In consonance with the aforementioned, we also see that in the letter to the Hebrews 4:12, the author writes: “For the word of God is living and active and sharper than any two-edged sword, and piercing as far as the division of SOUL AND SPIRIT . . .” To an average reader of these texts above, it might appear that in the human body resides a soul and a spirit, making them two different entities altogether in the body. However, this is NOT the case. To understand this issue better, let us turn to the Catechism of the Catholic Church. The Catechism (#367) puts it this way: “Sometimes the soul is distinguished from the spirit: St. Paul, for instance, prays that God may sanctify his people ‘wholly’, with ‘spirit and soul and body” kept sound and blameless at the Lord’s coming. THE CHURCH TEACHES THAT THIS DISTINCTION DOES NOT INTRODUCE A DUALITY INTO THE SOUL. ‘Spirit’ signifies that from creation man is ordered to a supernatural end and that his soul can gratuitously be raised beyond all it deserves to communion with God.”

To buttress my point, in the Genesis account of the creation of man, we come to understand that the soul was infused by the breath of God at creation. In Gen. 2:7, we read: “then the LORD God formed man from the dust of the ground, and breathed into his nostrils the breath of life and the man became a living nephesh (living soul). Here, God blew the “breath of life”, which according to the Hebrew Bible is the “Ruach (Breath/Spirit)” of God, enabling the creation of the human soul; thus, man becomes a living soul (nephesh). It is in this light that man is said to be created in the image and likeness of God (having the breath {ruach} of God). Therefore, it is the human soul that makes a man a spiritual being – that is, designating man for a supernatural end: “our returning to God” (cf. Ecclesiastes 12:7). From what we have put forward, and in line with the Catechism of the Catholic Church, we can also define the soul as “the innermost aspect of man, that which is of greatest value in him, that by which he is most especially in God’s image: ‘soul’ signifies the spiritual principal aspect in man” (CCC # 263). In number #366 of the Catechism, the Church teaches that “every spiritual soul is created immediately by God – it is not ‘produced’ by the parents – and also that it is immortal: it does not perish when it separates from the body at death, and it will be reunited with the body at the final Resurrection”. The word “spirit” points to the fact that we are created for “a supernatural end” (CCC #367). The two terms are complementary.

Pope Benedict XVI, in his encyclical “Deus Caritas Est” seems to use “spirit” and “soul” interchangeably: “This is due first and foremost to the fact that man is a being made up of body and soul. Man is truly himself when his body and soul are intimately united; the challenge of Eros can be said to be truly overcome when this unification is achieved.

Above all, an angel is a pure spirit, because it doesn’t have a soul. We, humans (even after death), are not pure spirits; thus, the “spirit, soul, and body” means we have a spiritual soul with our body that makes up our human personage.

Thanks for this write up may God bless you more