Did the Roman Catholic Church kill William Tyndale just because he translated the Greek Bible into English Language? 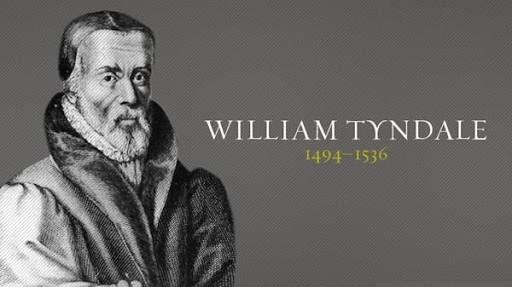 Over a couple of weeks, a writeup has been circulating the social media, accusing the Roman Catholic Church of killing a certain William Tyndale just for translating the Greek Bible into the English Language, to the extent of attempting to demean the Roman Catholic Church and exalt William as a “Martyr.” When I first saw that writeup two weeks ago, I wasn’t surprised at all because the “project” of demeaning the Church of Christ has been on over the centuries. Apparently, anyone familiar with the history of the Catholic Church, which for 2,000 years has been preserving and protecting the Word of God, recognizes how unreasonable and ridiculous this Tyndale’s story is.

First, it was only by the authority of the Catholic Church, which collected the various books of Scripture in the 4th century, that we have a Christian Bible, to begin with. And it is only because of the Catholic Church that the Bible survived and was taught for the many centuries before the printing press made it widely available. All Christians/adherents of the Gospel message everywhere owe the Catholic Church a colossal appreciation for that. Now, what was the real reason William Tyndale was condemned? Was translating the Bible into English illegal? NO! At this point, it is pertinent to recall that prior to Tyndale was an infamous Wycliff who had produced a translation of the Bible that was corrupt and full of heresy, for It was not an accurate rendering of sacred Scripture. Both the Church and the secular authorities condemned it and did their best to prevent it from being used to teach false doctrine and morals. Because of the scandal it caused, the Synod of Oxford passed a law in 1408 that prevented any unauthorized translation of the Bible into English and also forbade the reading of such unauthorized translations.

Sadly, many Protestant and modern-day historians tend to ignore the fact that many English versions of Scripture existed before Wycliff, and these were authorized and perfectly legal. Sadly, the aforementioned viral writeup falsely claimed that “That you have a Bible in a language you can read is largely due to his labours, and many of the very phrases you read in it retain the flavour of his understanding of the Greek and Hebrew.” Nevertheless, the book “Where We Got the Bible,” written by Henry Graham, reveals the truth in the 11th chapter, precisely stating that there was an abundance of Vernacular Scriptures before Tyndale, and even before Wycliff who predates him, and that people were encouraged to read the legal translations. Nevertheless, the law made by the Synod of Oxford was to prevent any individual from publishing a private translation of Scripture without the approval of the Church, and this was what William Tyndale did in his time. The Church denied him for several reasons. Among the reasons were that there was no necessity for a new English translation of Scripture at that time. In fact, booksellers (as history recalls) were having a hard time selling the print editions of the Bible that they already had. Laws had to be enacted to force people to buy them. Also, since it was the period of the Protestant Reformation characterized by confusion, strife, and tension; hence, England believed that additional English translations of the Bible would only add confusion and distraction where the focus was needed. Besides, even if the Church needed a new English translation of Scripture, Tyndale would have been the last person in the mind of the Church to carry this out, because he was first tried for heresy in 1522, three years before his translation of the New Testament was printed. He was a mediocre scholar and had gained a bad name as a priest of heterodox opinions and a bad temper. He was notorious for insulting the clergy and religious in his time. Thus, it was because his bishop gave him no support that he left England and travelled to Germany where he met Martin Luther, the leader of the reformation who seized the opportunity to influence him negatively. Sequel to this, in 1525 he produced a translation of the New Testament that was soaked with textual errors. Needless to say, he intentionally mistranslated the entire passages of sacred Scripture in order to condemn orthodox Catholic doctrine and support the new ideas of Luther’s reformation. History has it that the bishop of London claimed that he could count over 2,000 errors in the volume, and this was just the New Testament, without even mentioning the Old Testament.

The gravity of Tyndale’s behaviour, again, does not lie in his attempts to translate the Scripture, but in his egregious acts in writing a prologue and footnotes of the biblical texts in a way to demean the Church out of his contempt for the Church and the clergy. This way, both the Church and secular authorities had to condemn the version of the bible he wrote. As a matter of fact, the Anglican King Henry VIII in 1531 declared that “the translation of the Scripture corrupted by William Tyndale should be utterly expelled, rejected, and put away out of the hands of the people.” But today, the same Anglicans are among those who praise and exalt Tyndale as the “father of the English Bible.”

In the end, the secular authorities sentenced him to death because the Bible he attempted to translate was loaded with his protestant beliefs. Now, why is the Catholic Church accused of executing him? Simply because the civil court in question was part of the governmental machinery of the Holy Roman Empire, belonging to the Catholic Church.

While narrating his story, the protestants would not narrate his heresies and ills, but would rather go straight to accuse the Roman Catholic Church. William Tyndale was arrested for great heresies; his chamber has been searched, and prohibited books have been found in great numbers; and he has himself composed many treatises containing heretical opinions, which have been widely circulated among the faithful. He maintains that faith alone justifies, in line with his protestant father. He also maintains that to believe in the forgiveness of sins, the onetime mercy offered in the gospel, was enough for salvation. He also denies the freedom of the will and the existence of purgatory. He ignorantly went on to affirm that neither the Blessed Virgin Mary nor the saints pray for us in their own person; and that Catholics shouldn’t invoke them.

So, as we can see, his trouble was already loaded until it filled his cup. Therefore, we ought to be careful with people when discussing the history of biblical translations, for it is common for them to toss around names like Tyndale and Wycliff, and praise them as heroic martyrs, but the full story containing their egregious deeds is never told; Sad! And it is only the ignorant ones who do not know the history of the Church that are easily carried away with stories of this kind. It is high time we delved deeper into Church history from the authentic sources, and understand what really happened and why they happened.

Thanks Padre for clarification, I came across the circulating write up but wasn’t convinced because the reasons given by the author didn’t justify the action.

Thank you Fr. for throwing more light on this myth.

Thank you so much Padre Cjay…very timely.
God bless you