DID JESUS CONTRADICT HIMSELF WHEN HE SAID IN MATTHEW 5:22 NOT TO CALL OUR BROTHER ‘FOOL’, BUT ENDED UP CALLING OTHER PEOPLE ‘FOOLS’ IN OTHER PASSAGES OF THE SCRIPTURE? 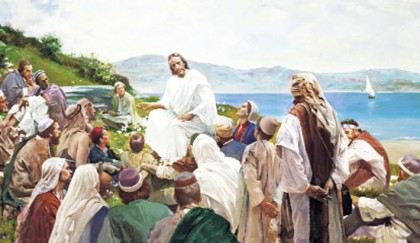 The Key to understanding these teachings of Christ is to return to the context at which those words were used, and also employing the Greek language in revealing the exact word.

In Matthew 5:22, Jesus is noted to have said: “But I say this to you, anyone who is angry with a brother will answer for it before the court; ANYONE WHO CALLS A BROTHER “FOOL” WILL ANSWER FOR IT BEFORE THE SANHEDRIN; and anyone who calls him “Traitor” will answer for it in hellfire. Recall that in the previous verse Jesus said: “You have heard how it was said to our ancestors, You shall not kill; if anyone does kill he must answer for it before the court” (Mat. 5:21). Thus, that was obviously a teaching on the fifth commandment (‘thou shall not kill’) in relation to the occasions that could lead one to commit it, such as anger, hatred and the corresponding use of words, insults, etc. In explaining this passage, the CCC affirms in #2302: “By recalling the commandment, ‘You shall not kill,’ our Lord asked for peace of heart and denounced murderous anger and hatred as immoral. Anger is a desire for revenge […] If anger reaches the point of a deliberate desire to kill or seriously wound a neighbour, it is gravely against charity; it is a mortal sin. Likewise, in #2303, we learn that “Deliberate hatred is contrary to charity. Hatred of the neighbour is a sin when one deliberately wishes him evil…” Therefore, it was in this context that the issue of ‘calling a brother fool’ arises. It arises from the ill-feeling of anger and hatred which are capable of killing the neighbour. The Greek word used here to describe the term “fool” is “raca”, meaning “empty, senseless, empty-headed, etc. – it is a term of great reproach and for vulgar insults.

However, we notice Jesus making use of the term “fool” or “foolish” in other instances of the Scriptures, and this appears to us as if he contradicts himself. Also, his followers Paul, etc. used similar terms. Let us briefly examine these passages: In Luke 11:40, Jesus said to the Pharisees: “You fools!” Here another Greek word is used to denote the kind of foolishness, which is “aphron” (ἄφρων – ἄφρονες), meaning, senseless, without thought or reason. Here, Jesus reprimands the Pharisees for their hypocrisy. Also, another Greek word is used to denote “unwise, not understanding, uninformed, etc. which is “anoetos” (ἀνόητος – ἀνόητοι). This was exactly what Christ told the two disciples on the road to Emmaus. Notice that after addressing them as “ἀνόητοι” (foolish men), he added, “so slow to believe the full message of the prophets!” Hence, Christ was telling them how unintelligent, unwise, uninformed (anoetos) etc. they were concerning the Scriptures in relation to his rising from the dead. St. Paul also used this term (anoetos) in addressing the Galatians “O foolish Galatians…” (cf. Gal. 3:1). In these cases (Jesus and Paul), the horrible word of reproach: “raca” (meaning empty, senseless) was never used. What Jesus prohibits in Matthew 5:22 was the use of the word of reproach “raca” which arises out of hatred or anger towards our brethren, calling them to judgement. Nevertheless, Jesus’ or Paul’s use of the term ‘foolish,’ was devoid of hatred or judgement but meant to say that the person was acting without thinking, unwisely, unintelligent or without all the information.

One of the problems with the English language is its limitations in the use of words. In this sentiment, if you call your bother ‘fool’ with regards to his being unintelligent or unwise and trying to correct him fraternally, you have not broken the commandment. Where you break the commandment is to angrily or insultingly reproach a brother with the vulgar sentiment of “raca”. Notice that Jesus and Paul at some points got angry with their audience, but they never insulted or condemned them vulgarly with the word “raca”. Admonishing people that are misbehaving in an unwise and uninformed manner is commendable as we see in Galatians 6:1. But to address people with the sentiment of “raca” is to attempt to rob them of their human dignity as created in the image and likeness of God.