CALLING A CATHOLIC PRIEST FATHER WHEN CHRIST COMMANDED US NOT TO CALL ANYONE FATHER IN MATTHEW 23:9… HOW ARE WE TO RESPOND TO THIS? 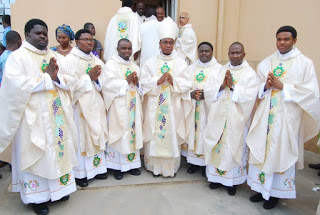 CLICK HERE ALSO TO READ: “FEAST OF SAINT DOMINIC: A REFLECTION ON THE HOLY ROSARY AS IT IS EXPLAINED IN THE SCRIPTURE AND THE CHURCH’S TRADITION”