ARE CATHOLICS OBLIGED TO FAST OR PRACTICE ABSTINENCE ON FRIDAY OF THE OCTAVE OF EASTER? 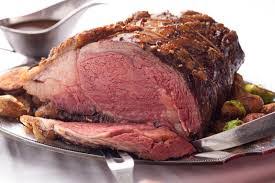 In my previous articles, I explained how Ash Wednesday, Good Friday and other Fridays of the year are known as penitential days in the Catholic Church, and as a result, we are bound by Church law to practice abstinence on these days mentioned above. Being a penitential day, abstinence from meat is believed to help Christians seek perfection and be mindful of their personal sins and the sins of mankind which they are called upon to help expiate in union with Christ crucified. Nevertheless, being in the season of Easter, and in fact, Easter Octave, the question to eat meat or not may be a cause for concern for some Catholics.

Therefore, in answering the question above, it is pertinent, first, to understand what Easter Octave is. The celebration of our Lord’s Resurrection continues in the Church for eight (8) days (counting from Easter Sunday to the next Sunday), this is called the Octave (Latin: octavus: eighth) of Easter. This has its roots in the Old Testament where some Jewish feasts lasted for eight days, for example, the feast of Passover and the Feast of Tabernacles. Therefore, the celebration of Easter (the Christian Passover) and Christmas, continues for eight days, with each octave governed by its own rules. Each day of the Octave is ranked as a Solemnity in the Church’s liturgical calendar, the highest-ranking of liturgical feasts. At Masses during the Octave of Christmas and Easter, the “Gloria…” (Glory to God in the highest…) is recited or sung (just as on a Sunday). And at the end of each Mass of each day of the Easter Octave, the double Alleluia is sung/said at the dismissal.

As with the case of Easter, the current title for each of the octave is “Monday in the Octave of Easter,” “Tuesday in the Octave of Easter” etc., but commonly called “Easter Monday,” “Easter Tuesday,” and so forth. Thus, the Easter Octave “overrides” any other feasts on the calendar. Being a solemnity, Christians are called to unite themselves in the joy of the resurrection. During this festive period of Easter Octave, the “Bridegroom” (Christ) is indeed with us and feasting with us; as such, ‘we are not called to fast or practice abstinence’ (cf. Lk. 5:35; Mat. 9:15). In line with the foregoing, the 1983 Code of Canon Law (CIC) 1251 stipulates: “Abstinence from meat, or from some other food as determined by the Episcopal Conference, is to be observed on all Fridays, unless a solemnity should fall on a Friday.” Therefore, being in the Octave of Easter which is a Solemnity, Catholics are NOT obliged to fast or abstain from meat on Easter Friday.