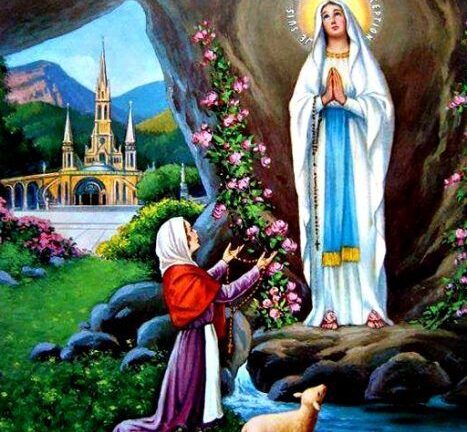 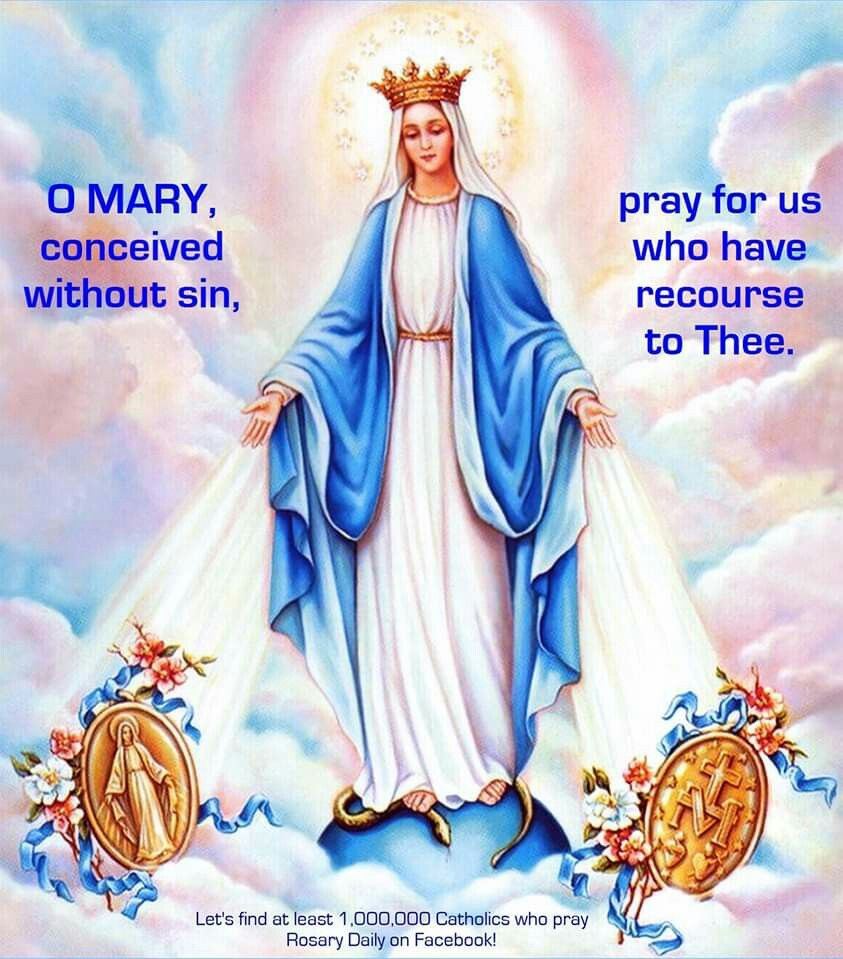 Many a time, we (Catholics) often invoke the Blessed Virgin Mary as “O Mary conceived without sin, pray for us who have recourse to thee.” While it is a prayer, it is also an expression of faith and belief in our Lady’s Immaculate Conception. Our Lady’s Immaculate Conception is said to be one of her dogmas. It is necessary to recall the four dogmas that refer to Mary: 1. Perpetual Virginity; 2. Divine Motherhood; 3. Immaculate Conception; 4. Assumption into Heaven. The first two dogmas are defined in the Bible and recognized by the Church Tradition throughout the first millennium. The latter two are recent definitions of the Church, also having their roots in both Scripture and  Tradition as well. Interestingly, none of these dogmas is concerned with defining Mary’s identity or merits. All Marian dogmas, in fact, are Christological, that is, they defend the nature of Jesus Christ as the Incarnate Word, truly human and divine. Therefore, the Immaculate Conception of the Blessed Virgin Mary is more of our Lord Jesus Christ and less of the Blessed Virgin Mary.

Having said this, what does the dogma of the “Immaculate Conception” entail? Or what does it mean to invoke our lady as “Queen Conceived without Original Sin?” Here, we simply mean that Mary, whose conception was brought about the normal way, was conceived without original sin or its stain. Thus, by affirming that Mary was conceived without Original sin, it follows then, that she did not commit any sin during her lifetime on earth. However, how can we understand this reality in the light of the Pauline “All have sinned, and fallen short of the glory of God?” (Rm. 3:23). 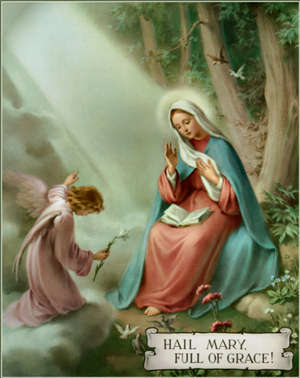 To begin with, the Church affirms Mary’s immaculateness from the truths of Sacred Scripture and Tradition. Beginning with the Scriptures, we see that the traditional translation, “full of grace,” (kecharitomene) is interpreted in a different way in many recent versions of the New Testament, which give something along the lines of “highly favoured daughter.” Since the New Testament was originally written in Greek, the expression of the angel in Greek, “kecharitomene” never mentions the word for “daughter”, it simply means “full of grace.” Nevertheless, even if we go by the translation of the recent versions of today’s bibles, we can still see that Mary is indeed a highly favoured daughter of God, and the question is: “how can one who is highly favoured by God be exposed to the corruption of original sin?” indeed, the highly favoured one must be an exception to the phrase: “for all have sinned and fallen short of God’s grace…” (Rom. 3:23).

Therefore, the grace given to Mary is at once permanent and of a unique kind. As explained earlier in one of my posts on my blog, the Greek, ‘kecharitomene’ is a perfect

passive participle of ‘charitoo,’ meaning “to fill or endow with grace.” Since this term is in the ‘perfect tense,’ it indicates that Mary was graced in the past and with continuing effects in the present. So, the grace Mary enjoyed was not a result of the angel’s visit. In fact, the Church holds, it extended over the whole of her life, from conception onward. She was in a state of sanctifying grace from the first moment of her existence because she has been chosen even before she was born. Little wonder she says in her ‘Magnificat: “My spirit rejoices in God my Saviour… the Almighty has done ‘great’ things for me…” (Luke 1:47ff) The Catechism of the Catholic Church states that she was “redeemed in a more exalted fashion, by reason of the merits of her Son” (CCC #492). She has more reason to call God her Saviour than we do because He saved her in an even more glorious manner.

Invoking our Lady as the “immaculate Conception” or “Queen Conceived without Original Sin” implies that she was free from the defilement of sin. We should have it in mind that there are two types of sins: Original sin and Actual sin. Original Sin is the sin we all inherited from our first parents (Adam and Eve), which is necessarily washed away by our Baptism. While Actual Sin is referred to as the sins we commit in our day to day lives (further divided into mortal and venial sins). It is true that if Adam and Eve had not committed the Original Sin, we won’t all be sinners today; because the Original sin infuses “concupiscence” (the tendency to often commit sin) in every man. Thus, the Original sin gave way for Actual sin. 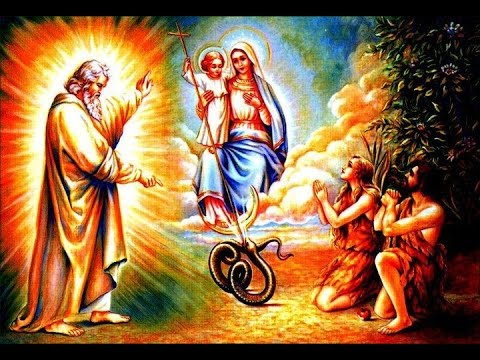 Having exposed this, and following the syllogism of the point above, we can say that since Mary was preserved from Original Sin, it also implies that she did not commit an Actual Sin. Now, looking at the Pauline phrase cited above “All have sinned”, the first question that arises here is, have all people committed actual sins? The answer is obviously no. This is indicated in St. Paul in the letter to the Romans when he speaks of the time when Jacob and Esau were unborn babies as a time when they “had done nothing either good or bad” (cf. Rom. 9:11). Apparently, because a child below the age of reasoning, by definition, cannot sin, since sinning requires the ability to reason. Notwithstanding, the idea is that we’re all sinners. Therefore, the term “all” is used to refer to the majority. Also, if Paul’s statement in Romans 3 includes an exception for the New Adam (Jesus), one may argue that an exception for the New Eve (Mary) can also be made. How is this possible? The book of Genesis 3:15, says: “And God said to the serpent ‘I will put enmity between you and the woman, between your seed and hers; it will crush your head while you strike at its heel.’” Now, what does the passage of Genesis have to do with Mary’s Immaculate Conception? Genesis 3:15 is the first passage in the Bible that refers to Jesus defeating satan on the cross. It is also the first verse that shows us how Mary would become the New Eve. The Seed of the “Woman”, who would crush the serpent’s head, is Jesus. The Woman at enmity, or hostility with the serpent, is Mary. It was God who put this hostility between Mary and satan (the serpent), and it is believed to be in the same likeness as Christ’s hostility for the seed of the serpent. What exactly do all these mean? For Mary to be like Christ in His hostility with satan forever, it is very possible to say that this passage implies Mary’s lack of sin. What better way is there to be in total hostility with satan than to be in God’s constant grace? That is why God addressed her through angel Gabriel as “Full of grace.” Thus, as the New Eve, Mary undid the “NO” of the Old Testament Eve by saying, “YES” to bear Jesus. Therefore, how can someone who’s in enmity with satan be with sin, since sin is of satan? Impossible!

A confusion that may arise here is: if Mary were without sin, then, can we say she is equal to God? No! In the beginning, God created Adam, Eve, and the angels without sin, but none of them was equal to God. Most of the angels never sinned, and all souls in heaven are without sin. This does not take away the glory of God but manifests it by the work He has done in sanctifying his creation. Sinning does not make one human; rather, it is when a man is without sin that he is most fully what God intends him to be: “Be perfect as your heavenly Father is perfect.” Also in another passage, St. Peter quotes Leviticus 11:44 and exhorts the Christians to be holy in the way God is holy (cf. 1Peter 1:16)

Importantly, on Thursday, 25th March 1858, Bernadette of Lourdes (a city in France) recounted the apparition of the Virgin Mary and what she heard from her. According to Bernadette, “the Lady lifted up her eyes to heaven, joined her hands as though in prayer, that were held out and open towards the ground and said to me: ‘Que soy era Immaculada Concepciou.’ (I am the Immaculate Conception). The young visionary left and, running all the way, repeated continuously the words that she did not understand. These words troubled the brave Parish Priest. Bernadette was ignorant of the fact that the theological expression (Immaculate Conception) was assigned to the Blessed Virgin four years earlier, in 1854, when Pope Pius IX declared this a truth of the Catholic Faith (a dogma). In the Constitution Ineffabilis Deus of 8 December 1854, Pius IX pronounced and defined that the Blessed Virgin Mary “in the first instance of her conception, by a singular privilege and grace granted by God, in view of the merits of Jesus Christ, the Saviour of the human race, was preserved exempt from all stain of original sin.”  Now, what sense can we make of this? For years throughout Church history, this Immaculate Conception has been debated and rejected… However, our Blessed Mother waited for the Church on earth to proclaim her Immaculate before she revealed it to St. Bernadette… This shows that whatever is bind here on earth by the Church shall be considered bound in heaven.

Dear friends in Christ, without God’s grace, it would have been impossible for Mary to be sinless. The Holy Spirit even declared her blessedness from the lips of Elizabeth during the visitation scene “Blessed are you among all women and blessed is the fruit of your womb” (Luke 1:42).  The conclusion is inescapable, how can someone who is blessed among all women and chosen by God to bring forth His Son (holy of holies) be in contact with the stain of sin? Indeed, a bad tree cannot produce good fruits, it is only a good tree that produces good fruits – according to Christ himself (cf. Matthew 7:17-18; Luke 6:43)

Almighty God, You willed that the Blessed Virgin Mary be undefiled by the stain of sin right from her conception in order to be a worthy channel of grace – Mother of your beloved Son. May by invoking the “Queen Conceived without Sin,” may we continually be purified from our defilements, and come to be more configured to our Lord Jesus Christ. Amen 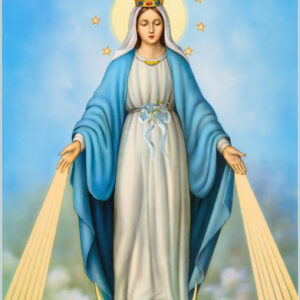 O “Queen Conceived Without Sin” (Regina Sine Labe Originali Concepta), pray for us who have recourse to thee.

Thank you so much Padre for this exposition, now i know why Mother Mary was able to live this life without falling for sin……hmmm
Beautiful episode…….
Thank you sir

Thanks be to God…

It’s really amazing getting to know about the dogma of the immaculate conception of the blessed virgin Mary.
Hail Mary full of grace…
It is bond that the ark of the new covenant becomes pure and holy inorder to bore the Saviour likely to the ark of the old covenant which was purely gold…
Thank you so much padre for this wonderful and amazing experience during the novena. I felt good and peaceful praying the novena day by day!
God bless you fr!