20TH SUNDAY OF THE YEAR C: JESUS, THE TRUTH THAT SETS THE WORLD ON FIRE AND BRINGS ABOUT DIVISION 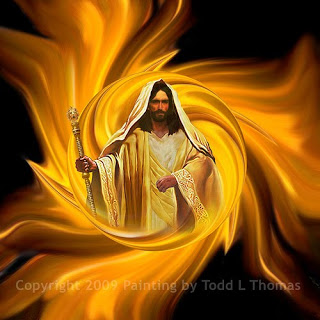 The philosophy of speaking and living by the truth often leads one to “stand-alone”, and oftentimes, makes one appear rejected. The reality of our world shows that many people are afraid of speaking the truth, and of course, listening to the truth, because speaking the truth often goes with a consequence; it costs a lot, even one’s very life. According to St. Augustine: “People hate the truth for what it stands for; they love the truth when it shines warmly on them, and hate it when it rebukes them”. In spite of this, the truth remains “golden”; little wonder Christ says: “I am the Way, the Truth, and the Life…” (Jn 14:6); this has a lot to explain to us why he was rejected by his people who did not like the truth. Today’s Sunday’s Readings makes us realize that the Truth (Christ) sets the world on fire and brings about division. How could we understand this?

The Gospel reading (Luke 12:49-53) gives us a thought to ponder upon. These words of Christ: “Do you suppose that I am here to bring peace on earth? No, I tell you, but rather division…” are shocking words. Put differently, the Prince of Peace declares that he has not come to bring peace, but rather, division. This division extends into the most intimate of relationships: the family. If we find these words difficult and harsh, we are not alone. Jesus’ original audience (the Jews) would also have been disturbed by them. Even more importantly, Jesus himself was overwhelmed and upset by his message: “how I wish it were blazing already (…) and how great is my distress till it is over!

In order to understand these passionate and disturbing words of Jesus, we must refrain from extremes; put differently, we must not take it too literally. We ought to understand the context at which he made those statements; that is, understand its allegorical, anagogical and moral sense.

Let’s examine the statement of Christ. The fire that Jesus came to cast on the earth is properly understood as a purifying and refining fire (allegorical sense). The prophet Malachi spoke of the Lord being “like a refiner’s fire and like a fullers’ soap” (Mal 3:2) that separates (i.e., divides) good from evil; purifying the good and destroying the evil. This fire is cast upon the earth and it divides the faithless <evil> from the faithful <good> – (moral sense). Secondly, the baptism spoken of here must not be confused with His water baptism by John the Baptist (cf. Matt 3:16). The baptism Jesus speaks of in Luke 12 is a baptism that had not yet occurred. This baptism is understood to be His death, burial, and resurrection (see Mark 10:38). Thirdly, Jesus says he has come not to bring peace but division on the earth. At first sight, this is a hard saying and it does not make any sense. Is Jesus not the Prince of Peace? Did Jesus not say at the Last Supper that he was giving his peace to his disciples, a peace that the world could not give and that no one could take away? Did he not say, “Come to me, all you who labour and are burdened and I will give you rest”? Was the final greeting of the Risen Christ to his disciples in the upper room not “Peace be with you”? What then did he mean?

The Greek text of the Gospel presents “division” as “diamerismon” (διαμερισμόν), meaning disunity. In Matthew’s Gospel, Jesus expresses the same thought with the imagery of a SWORD: “I did not come to bring peace, but a sword” (Matthew 10:34). The imagery of “sword”, in this text does not imply bloodshed. It is a reference to the fact that the word of God is “sharper than any double-edged sword”; it “penetrates even to dividing soul and spirit, joints and marrow; it judges the thoughts and attitudes of the heart” as illustrated in Hebrews 4:12. Therefore, God’s truth is a sword which divides truth from falsity, right from wrong, good from evil, and much else. It confronts us and requires us to make decisions. The way we make decisions can divide us. Jesus confronts us with the truth. He is “the Truth”.

Dear friends in Christ, the Truth (Jesus) will cause a division, and it will cause you to be persecuted and hated for His sake; it will cause you to be despised, ostracized, ridiculed, hurt, betrayed, and even killed, by the same people claiming to be your brothers and sisters in Christ. Unfortunately, not many people are willing to live, stand, and die for what they know and believe is the truth. What brings division in the family? It is Truth! Truth causes division! For instance, if a member of a non-Christian family happens to get converted to the Christian faith, there is a great possibility of rejection by the other members of the family; they might think he is getting out of his mind, and the family is divided because of this. Truth causes division! A daughter who is pregnant wants to have an abortion. But her mother knows the truth. The truth is that there is another person in the womb. No matter how small — a person is a person! So the mother tried her best to save the child and the daughter tried her best to get an abortion. In the process, the two are divided (mother against daughter), which brings the entire family to be divided as well. Again, Truth causes division! A father asks his son to refrain from his evil ways because he means the best for his son. The son doesn’t see the truth in his father’s advice, and as a result of that, they’re divided — father against son! The list is endless.

This reality of this Truth is not disconnected from the First Reading. The First Reading from the prophecy of Jeremiah (38:4-6, 8-10) demonstrates the setback and the hostility offered to Jeremiah because he prophesied the Truth. What made the king’s leading men decide to put Jeremiah to death? To understand this, we need to understand Jeremiah himself. The prophet Jeremiah is generally regarded as one of the three “major” Jewish prophets (the other two being Isaiah and Ezekiel). He lived from about 640-570 BC and began serving as God’s prophet during the 13th year of King Josiah’s reign. Jeremiah’s long ministry would subsequently span the reigns of five different Kings of Judah up till Zedekiah, the last king of Judah (597-586 BC). Over the course of his 40-year ministry, Jeremiah saw the abrupt fall of the Assyrian Empire and the steady rise of Babylonian dominance in the Ancient Near East. During Zedekiah’s rule, Jeremiah advised the leadership of Judah to submit to Babylonian rule and not to look to Egypt as a political ally (cf. Jer. 2:18,36; 37:7-8 ; etc.). Because of his “doom-laden prophecies”, which were plain truths, Jeremiah was regarded as a fatalist and a defeatist. The leaders of Judah rejected his message and regarded him as a traitor. His religious critics (i.e., the Levites and Temple administration) regarded him as a false prophet. The prophet Jeremiah clearly foreshadowed the prophetic ministry of Jesus Christ. Both lived in a time of political upheaval and unrest for Judah. In a sense, both were considered “prophets of doom” who became “enemies of the Jewish state.” Both condemned hypocrisy and foretold disaster unless the people turned away from sin and turned to God with all their hearts (cf. Matt. 15:8; Jer. 7:9-15). Both were misunderstood and persecuted on the basis of Truth by the people of their day. Both prophets were plotted against by the citizens of their own hometowns (cf. Jer. 11:21; Luke 4:28-30), and both were rejected by the religious and political leaders of their day (Jer. 20:1-2; John 18:13, 24). Because of his radical prophecies of doom, King Zedekiah eventually arrested Jeremiah and put him in the palace prison. (Jer. 37:11-21). It was in this context that Jeremiah was plotted against (in today’s First Reading) and thrown into the Cistern (a storage-well without water, only mud, and Jeremiah sank into the mud). Instead of heeding to the Truth proclaimed by Jeremiah to surrender to the Chaldeans, the top officials of the Jerusalem court approached the king with a contrary message. They claim that Jeremiah’s message is “demoralizing the soldiers who are left in this city and all the people; they claimed that Jeremiah is not interested in the welfare of our people, but in their ruin. So they ask King Zedekiah to punish Jeremiah with a slow and painful death by having him cast into a cistern. That day, Truth prevailed over the jealousy of politicians. In this vein, we see a prophet willing to risk it all to speak God’s message (The TRUTH) to the people, which set the kingdom on “fire” and created “division”.

Dearest friends in Christ, we are called to persevere in the Truth as the Second Reading from the letter to the Hebrews (12:1-4) puts it. Hence, our eyes should be fixed on Jesus, the leader and perfecter of our faith, who endured the Cross and its shame. Hence, today’s message is equally applied to us in our different spheres of life. Do you stand by the Truth even at the expense of losing your job, position, friends, or your loved ones? We are called not to lose hope because the good Lord would surely hear our cry and “come to our aid”, thus, delivering us from the pit of destruction as the Responsorial Psalm puts it. (Ps. 40, 2, 3, 4, 18) “I waited, I waited for the Lord and he stooped down to me; he heard my cry. He drew me from the deadly pit, from the miry clay. He set my feet upon a rock and made my footsteps firm…”

Dearest friends in Christ, let today’s message be our point of reference throughout the course of this week; and may the good Lord grant us the grace of standing by and for the Truth, even if it would entail “standing” alone. Amen!

Thank you so much for this well prepared reflections on the sacred scriptures.