REFLECTION/HOMILY FOR TUESDAY OF THE ELEVENTH WEEK IN ORDINARY TIME, YEAR II 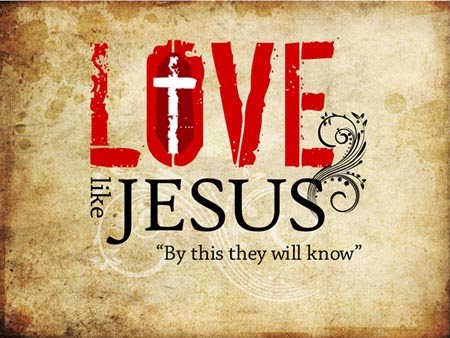 LOVING BEYOND OUR ETHNIC/TRIBAL BOUNDARIES

Roughly three weeks ago, the world experienced the murder of the African-American, George Floyd in Minneapolis, Minnesota (during an arrest for allegedly using a counterfeit bill), at the hands of white police officers, with Derek Chauvin, the principal killer who knelt on Floyd’s neck for almost nine minutes while Floyd was handcuffed and lying face down, begging for his life and repeatedly saying “I can’t breathe.” The nature of his death was reacted against globally by a majority of people who condemned it, while others believed that was a racist act, opining that if Floyd were to be a white guy, he wouldn’t have been killed that way. While these condemnations rent the air globally, it also got interesting to see that even those who are “racists” in their very local settings or contexts (that is, those who despise others from different ethnic groups/tribes) also joined their voices to condemn the death of Floyd and rendering it as racism. The problem here is that many people think racism only exists between whites and blacks, etc., little did they know that they have manifested the acts of racism against others. It is pertinent to note here that an act becomes “racism” when it is fed by prejudice, discrimination, or antagonism directed against a person or people on the basis of their membership of a particular racial or ethnic group. It must not involve skin colours. Needless to say, this attitude or act can happen within a country, state, etc. Therefore, whenever we fail to show love to others just because they are of different backgrounds, tribes or ethnic groups, countries, etc., we end up becoming racists. Today, the Church calls us through the liturgical readings to mend this created division and ill-treatments in our relationship with others and above all, calls us to love everyone, including our enemies.

Today’s gospel opens up with Christ’s interpretation of the Law (of the love of neighbour) rooted in Leviticus 19:18. There, we read: “You will not exact vengeance on, or bear any sort of grudge against, the members of your race, but will love your neighbour as yourself. I am Yahweh.” Here, the Israelites were taught to love only their fellow Israelites, thereby seeing others probably as enemies and pagans. In interpreting and fulfilling that law, Jesus says in today’s gospel: “You have learnt how it was said: You must love your neighbour and hate your enemy. But I say this to you: love your enemies and pray for those who persecute you; in this way, you will be sons of your Father in heaven.” Here, Christ tells them that their love should know no bounds, it must be universal; the love of friends and enemies alike, good and bad people alike. He then portrays the heavenly Father as a perfect model; that is, One who allows the sun to shine on both good and bad men alike. Therefore, we must be perfect just as the heavenly Father is perfect. By emulating this Christlike teaching on universal love in trying to be perfect as our heavenly Father, we tend to grow deeper in virtue, a virtue which surpasses that of the ‘Scribes and Pharisees.’ Dear friends in Christ, it is true that the love of ones ‘enemies’ or those who have wronged us is quite difficult, but Christ continues to be a shining example of one who loved his persecutors and prayed for them upon the Cross (“forgive them, Father, for they know not what they are doing” – Luke 23:34).

It is sad to note that within our local churches (or Christian communities), WhatsApp online forums, etc., there exist tribal conflicts, ethnic bigotry, nepotism, etc., A kind of community where an Igbo man would not want to listen to the opinion of the Hausas, nor allow their children intermarry with other tribes; nor will the Yoruba man agree with the Igbo man or coexist peacefully without prejudice with other tribes, etc., yet we claim to be brothers and sisters in the Lord and children of the same Father. This is the kind of superficial virtue (the virtue of the Scribes and Pharisees) that Christ warned us about earlier in this same chapter, asking us to rise beyond it in order to enter the kingdom of heaven. The same principle applies to religious orders/congregations, religious communities, rectories, parish houses, etc., where enmities among the members cause a lot of suffering and persecution in those who are subject to others; as a result, many of the subjects “cannot breathe” any longer. Again, the words of Jesus today are valid. We are called to love beyond boundaries: Love your enemies, do good to those who hate you (or who, without real hatred, are just jealous of you), bless those who curse you (in the sense that they speak ill of you), pray for those who mistreat you morally. And to those who dish out these unjust treatments unto others, know that God is just, and he would relate justly with you, the same way he intervened in the death of Naboth by sending the prophet Elijah to make His pronouncements on King Ahab and his evil wife Jezebel who plotted the death of the innocent man.

Above all, for the many times we have exhibited this racist attitude of prejudice, discrimination, or antagonism against a person or people on the basis of their membership of a particular racial or ethnic group or to those who do not belong to our cliques, we call upon the Lord and seek his forgiveness like today’s Psalmist and cry out: “Be merciful, O Lord, for we have sinned.”